What Kind Of Beer Can Horses Have?

Apparently, humans aren’t the only ones who enjoy a glass of beer now and then. The equestrian’s companion also seems to enjoy a drink and beer is fed to horses especially the more active ones as it is believed to energize them and stimulate the appetite of selective eaters. In addition, it helps with anhidrosis. This pokes the question, what beer is right for horses?

Humans enjoy a variety of beer, so does that mean you should just let a horse take in whatever you get your hands on first? Well, that may not exactly be the best option.

Guinness beer is the choicest option for horses for different reasons. Although, it’s a bit pricier, the benefits justify the extra bucks you’ll have to shell out. Cheaper beers could make horses experience a hangover and you probably don’t want that.

Why is Guinness Ideal for Horses?

Guinness is the preferable option for horses because of its constituents which are known to be beneficial: 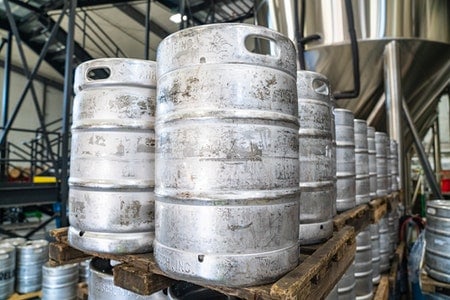 Yeast: The first component we’ll discuss is yeast with the scientific name saccharomyces cervisiae. Yeast provides vitamin-B complex, an essential nutrient that relieves horses of stress and also serves a probiotic function in their system.

Malted barley: Guinness beer is made from the nutritious barley grain. It provides B-vitamins and other minerals including, magnesium, iron, selenium, and copper. Copper and Iron are needed for the production of red blood cells. More red blood cells will further increase the blood’s ability to transport oxygen to various cells. The minerals selenium and magnesium also act as antioxidants so they’ll shield cells from free radicals.

Hops: Another interesting component of the Guinness beer is hops. Hops contain useful phytochemicals, including an antioxidant that helps to take care of free radicals. The hops flower was discovered to have some anti-microbial properties by English monks centuries ago and so hops became an included ingredient for beer making.

Hops are also used to treat dysentery and other intestinal issues in some parts of the world. Some French scientists have said it relaxes the smooth layer of the human digestive tract.

Guinness Beer as Treatment for Anhidrosis

Horses are often fed beer as a treatment for the condition known as Anhidrosis. This ailment is characterized by losing the ability to sweat properly and even completely in some cases. If left unmanaged, it could cause serious overheating which will only lead to more complications.

Since Guinness beer contains yeast and vitamin B, it is thought to help with the condition. Anhidrosis is more prevalent in hotter environments with high humidity. There is currently no medication that has proven to be effective for treating this condition. People believe beer will help so it is usually a go-to option since there isn’t anything to lose and horses enjoy beer.

You can enjoy a drink of Guinness beer with your horse after a session of racing or just strolling. And, you don’t have to worry about them getting drunk as they digest alcohol way faster than humans do.